Robert Stallman returns in March for another series of concerts and masterclasses. Robert will be in concert on March 15, 2013 in Mountain View and March 22, 2013 in San Jose. He will also conduct a masterclass on March 24,2013 in San Francisco. More details are available on the events calendar. 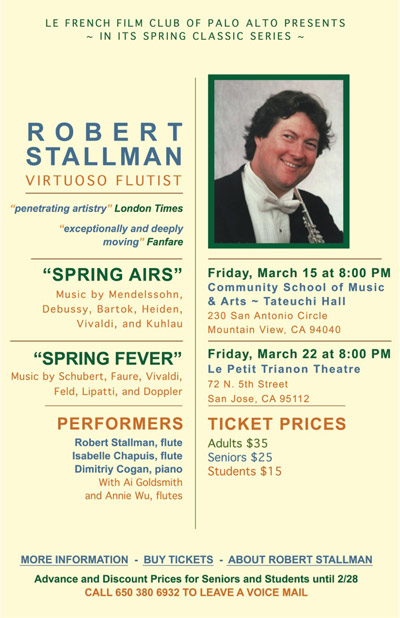 Learn more about Robert at AboutRobertStallman.com and purchase tickets to his concerts at the French Film Club of Palo Alto.