An excellent video to illustrate what’s happening with your air and saliva when playing the flute.

I’m excited about San Francisco re-opening with precautions during the Covid-19 pandemic. During my downtime #ShelterInPlace I have been keeping busy and throughout these odd and trying times occasionally bemused. Please read about what to expect at an appointment.

Take care all, continue to #ShelterInPlace, and I hope to see you soon from a masked and tasteful distance of six feet!

For the past two weeks I piloted video flute repairs and had a surprisingly good time. In many instances the consultation can certainly help the flutist, so I’m going to open this service to the general public. Please contact me at info@lorilee.com if there is an issue you wish to discuss and we can determine if this might be useful for you.

For EXISTING CLIENTS ONLY I am offering videoconferencing appointments to discuss concerns about your instrument. Please contact me at info@lorilee.com and we can discuss your general issue and determine if conferencing would be helpful.

This could be done on Google Hangouts, Facetime, Signal, or Zoom.

If I can help you I’d appreciate a small payment. It’s your decision. Maximum time 15 minutes a consult.

SARS-CoV-2, the novel coronavirus, is affecting everyone in the SF Bay Area and beyond. Students are home. Concerts are cancelled. Teachers are scrambling to maintain a remote studio. And lots of people are out of work.

On the flute repair-side it has been lonely. Mine is not an essential business. And then there’s the issue of contact. For indepth repair there is no part of an instrument that I don’t touch with my hands or breathe on. When someone hands me a flute they are certainly within six feet of me. Flute playing is a lot of breathing and blowing and flying droplets.

So in addition to finishing up an overhaul — the one I call The Hostage — I’ve been researching the implications of SARS-CoV-2 on my work. These are my thoughts on what changes I need to make to continue working once restrictions on work and physical contact are modified or lifted:

And in the meantime there are new challenges and small victories to be embraced on a daily basis. Take care all. #Shelterinplace, #Masks4All, wash your hands frequently, and keep practicing.

I’ve found this to be a helpful article: “The Discomfort You’re Feeling is Grief”, Harvard Business Review. 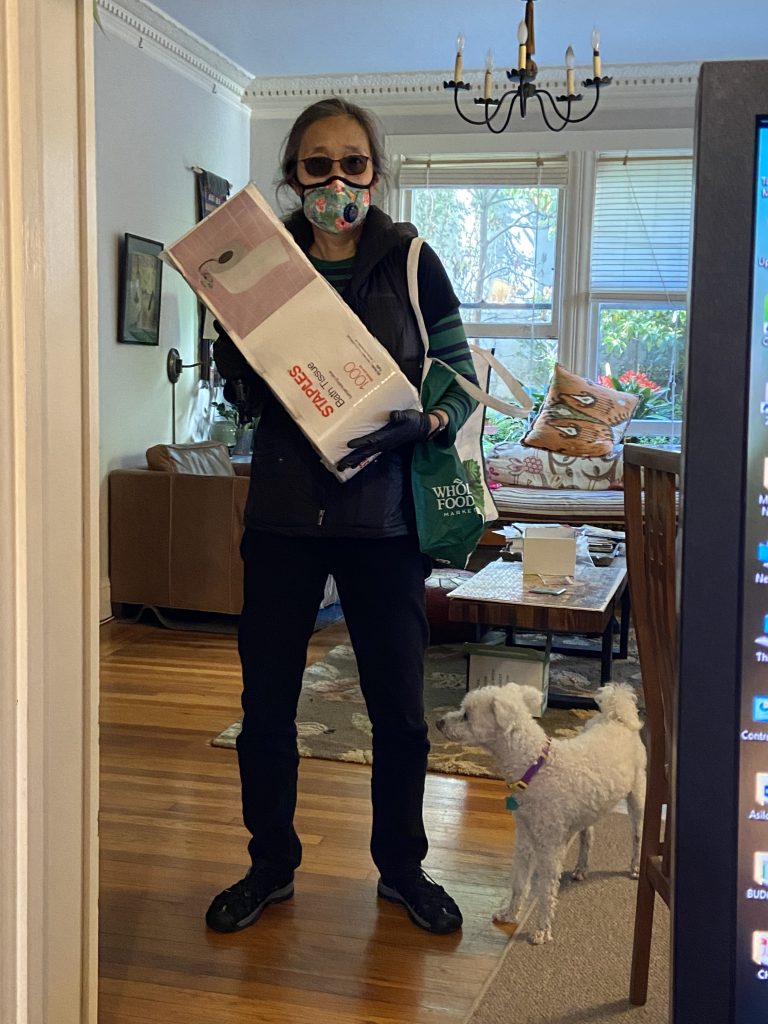 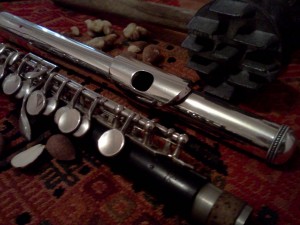 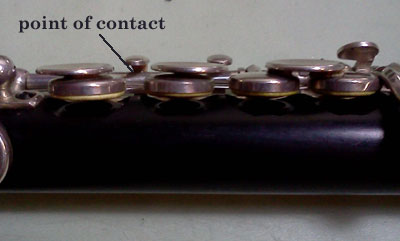 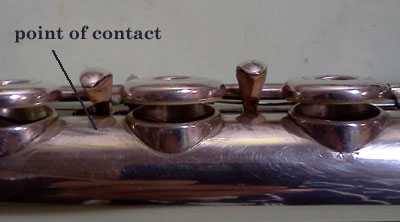 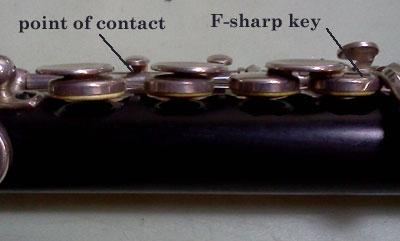 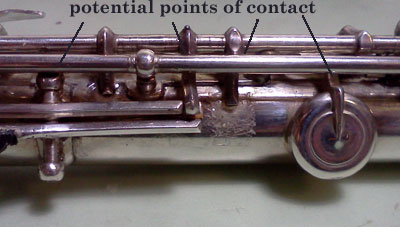 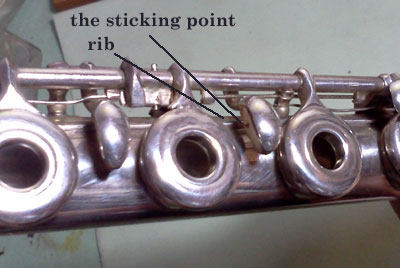 It’s fall and that means Opera Season is upon us. Thanks to my new friend “Derek” I will once again be attending San Francisco Opera. Earlier this year Derek repeatedly phoned to make certain that I was not remiss in renewing my subscription. He did not say so much during our numerous conversations, but I sensed in his voice that Derek bore many burdens. His pathos increased with each call. Finally I could no longer bear his crescendoing sorrow and I renewed. I have not heard from Derek since and I am some what concerned. But I suspect he is taking a long needed break and I will hear from him as summer comes upon us.

I am very impressed with the sound from my seat. While being in the center of a row means I should take care to arrive early to minimize the number of laps I crawl over while taking my seat, the benefit of being so centered is volume and clarity of sound. Unless sung upstage (i.e., I am staring at the singer’s knees), voices are clear and ringing. When performed stage left, it sounds like I am sitting directly before the singers.

And the orchestra has never sounded better. When leaning forward and looking through binoculars, I find myself gazing into the eyes and embouchures of the flutists. The three of them (Julie McKenzie, Patty Farrell, and Stephanie McNab) have played to perfection during Rigoletto (Verdi) and The Capulets and the Montagues (Bellini). It never ceases to impress me how much discipline and thoughtfulness goes into each performance. In addition to the change of music and style, the musicians also adapt to the different cast (or casts in the case of Rigoletto) for each opera. Rigoletto is a standard piece with well-known arias and flute moments, but the Capulets and the Montagues is rarely performed and the first I had heard of it. Both give the flutes and workout. Bellini has the flute play unions with sopranos and duets with clarinet and horn throughout the opera. So while the flute doesn’t have the stand and deliver passages of Verdi, Bellini wrote for it nerve wracking, spine-tingling, full-exposure moments. All this while murder, intrigue, frolicking, and basin-climbing happens onstage.

I am looking forward to Jake Heggie’s Moby-Dick tonight. In preparation I borrowed and renewed (three times) the Melville novel. I am about three-quarters of the way though the book and though I know how to kill, slaughter, and butcher a whale, not to mention how to cook up a whale steak (the answer is “raw”), I still haven’t met The Notorious M-D. himself. I have, however, read enough to know that this is not a novel of twenty-first century marine mammal sensitivities. I will have to grit my teeth against squeamishness and learn how the story ends tonight. And perhaps I will also discover the answer to the age old question of how many flutists can fit into the mouth of a whale.

You can watch 14 and a half minutes of it on a video by flutist Joanna Tse. Channel your inner flute diva and enjoy.

This is a provocative article in the Huffington Post by Richard Dare, Managing Director of the Brooklyn Philharmonic. I could not say that he’d come down on the side of Elmer Fudd in the Elmer vs. Francesca Zambello match-up, but he does not shy away from calling classical music an elite institution that lives in a rigid code of conduct that is in danger of suffocating itself. Or, more to the point, some of the correct manners of the concert hall really suck; particularly the part where you’re not supposed to move or speak except at designated times. Really: That’s supposed to be enjoyable? Read the article and you be the judge.

In defense of manners, however, I do come down on the side of prudishness when the music-goer next to you not only scans his iPhone for email during the concert but also pulls out a sandwich to snack on during intermission. True story.

Mr. Dare is trumpeting what is already a growing movement to take symphonic music and instruments out of the concert hall and into non-classical environments and genres. A gaggle of San Francisco Conservatory students formed the Magic*Magik Orchestra a few years ago. And innovative flutists are eagerly establishing flexible ensembles to perform music for classical instruments. These musicians are willing and eager to play outside the concert hall. Personally, I hope they’re not using their good flutes for outdoor gigs. On BART I once sat across from a flutist who had stuffed his instrument, fully assembled, head-first into a backpack with its footjoint protruding from the top. While I generally do not anthropomorphize flutes, at the time I found myself thinking, “It’s suffocating!” It took a lot of will-power not to do an intervention.

Right now I’m listening to KDFC. They are playing Richard Wagner’s “Ride of the Valkyries”. And while this stirring and transformative piece of music plays all I can think is, “Kill the Wabbit! Kill the Wabbit!”

Clearly exposing children to music is important and leaves a lasting effect. And music in combination with visual imagery leaves a more powerful imprint. So although I have seen San Francisco Opera and Francesca Zambello’s recent production of Die Walküre and their stunning staging of this musical moment with a platoon of heroic, female paratroopers, the voice of Elmer Fudd somehow won out. Today.

This is my plug for people of all ages to watch and listen to music. Whenever possible, make it to a live performance. We live in an area with a plethora of musicians and artists, so support them. And get that Dirty Wabbit out of your head!